At the June meeting of the Nanakuli-Maili Neighborhood Board Danny Wyatt described the new location for the Leeward Community College (LCC) Waianae Moku, previously known as LCC Waianae/Nanakuli Learning Center. Beginning in August 2017 the college will be at 87-380 Kula’aupuni Street in Waianae, the area commonly known as Maili. There will be two parking lots for students while there is a plan for employee parking in the back of the school.  Because the campus is located next to Maili Elementary School, the LCC Moku will start classes later than the school in order to prevent traffic problems.  There are plans to expand the campus by adding more classrooms, a science room, counselor offices, a student center, and bathrooms.  Food and beverages will be available at the Uluwehi Cafe and the Pearl Restaurant. 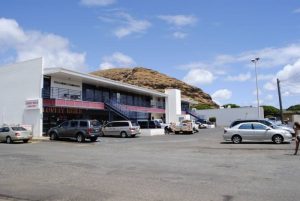 Counseling, application, and testing services are available temporarily at Waianae High School, rooms P-17, P-18,  and B-104 until the opening of the new location.  Services are available Monday through Thursday, 9:00 A.M. – 4:00 P.M.  Phone 454-4702 for more information.

The general public is invited to attend the meeting and participate in the discussion.

Pat Pang (Nozaki) is a retired DOE secondary school teacher who taught school in Waianae for almost 40 years. She has served the community as a member of the Waianae Neighborhood Board and as a delegate to the 1978 Hawaii State Constitutional Convention. She was raised on the Nanakuli Hawaiian Homestead and resided in Waianae during her years as a teacher.