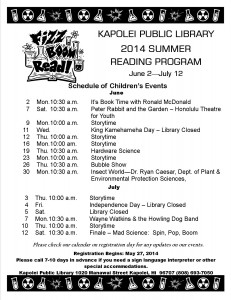 The Leeward Reporter is a source of news relating to the West coast, or the leeward coast, of Oahu which is the main island of the Hawaiian Island chain. The leeward coast of Oahu is comprised of these main towns: Ewa Beach, Kapolei, Nanakuli, Maili, Waianae, and Makaha. Even the resort area of Ko`Olina, which includes Disney's Aulani Hotel, is found here. We intend to share information about the interests of the area which are important to its multi-ethnic residents. Because this coastline was used primarily for sugar plantations and for agriculture, the cultural roots of the communities are formed from a mix of laborers who were imported to work here - the Filipinos, Japanese, and Chinese. From a sugar plantation Kapolei town has sprung up as the "second city" on Oahu, second to Honolulu, and serves as the seat of government services and as an urban center to the leeward communities. Not to be forgotten, our Hawaiian people make up a large segment of the community with the inclusion of various Hawaiian homesteads. Because of these contrasting lifestyles, we hope to reflect the different ideas and beliefs which make up our Hawaiian culture.